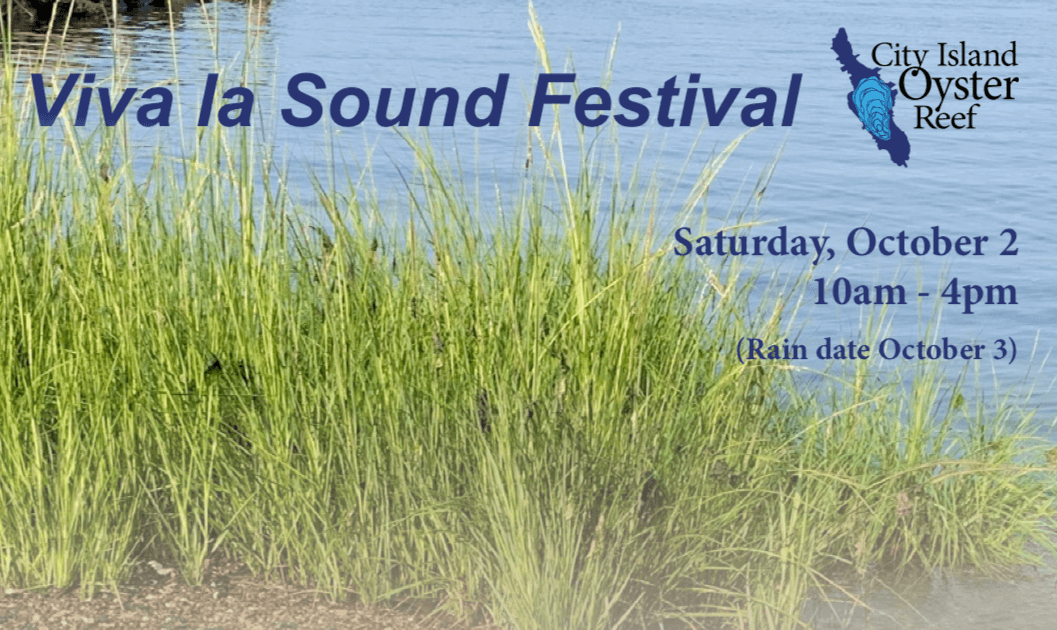 City Island Oyster Reef, (CIOR) which began in 2019 with a goal of exploring the possibility of restoring oysters to the local waterways, will host its first-ever Viva la Sound Festival this weekend.

Sally Connolly, chair of the nonprofit, told the Bronx Times she hopes people attend the event so they can learn about CIOR.

“We ourselves in the City Island Oyster Reef Group are learning so much that we thought it would be great to spread the word,” she said.

According to its website, the mission of the City Island Oyster Reef is to restore the western Long Island Sound ecosystem in order to improve biodiversity, water quality and coastal resilience by creating reefs of shells to encourage the population growth of the historically abundant oyster and other marine species around City Island. CIOR is building community awareness, promoting active stewardship, developing educational programs, collecting and sharing scientific data, promoting and supporting research and collaborating with like-minded organizations to achieve this mission.

Eco-volunteers have helped to collect shells from local restaurants and following the protocol established by the state Department of Environmental Conservation (DEC), and under the guidance of the Billion Oyster Project (BOP), placed the shells in a designated and protected area on land where they “cure” for at least a year.

CIOR has hosted fundraising events at local waterfront homes and yacht clubs, where residents from the Island have donated enticing auction items to raise money.