Prominent Bronx voice in the ‘Black is Beautiful’ movement, Bob Gumbs, has died

By Mark Naison and Cinque Brathwaite
comments
Posted on November 2, 2022 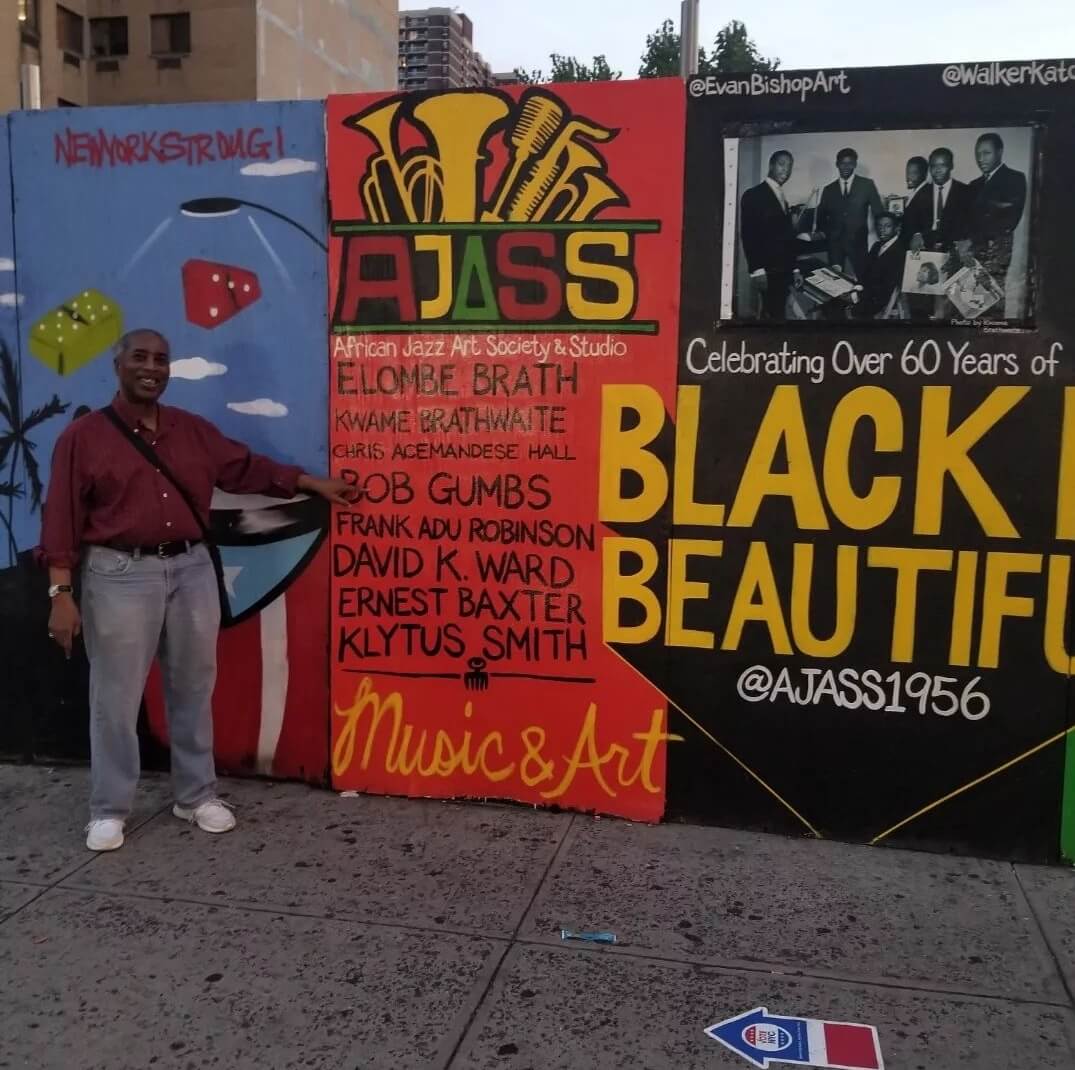 Bob Shows off his image and name in a mural display on the section of El Barrio. The mural was created by 320 Arts under the nonprofit organization Uptown Grand Central on 125th Street between Park and Lexington avenues.
Photo Cinque Brathwaite

The Bronx lost a pioneer on Sunday, Oct. 23 with the passing of Bob Gumbs at the age of 83.

Gumbs was born in Harlem on March 15, 1939, and raised in the South Bronx. He was a graduate of New York City Community College and studied at the School of  Visual Arts, The Art Students League of New York, New York University and The New School. From 1963-1965, Gumbs was a U.S. Army photographer.

Gumbs helped develop the Bronx in many ways for six decades. Gumbs’ writings on the Bronx helped define the history of the South Bronx with professor Mark Naison of Fordham University. Their historical book, “Before the Fires: An Oral History of African American Life in the Bronx from the 1930s to the 1960s,” has been used to trace and define Bronx life for historians.

In 1956 he was one of the founding members of the Jazz-Art Society, later changed to the African Jazz Arts Society and Studios (AJASS), with Elombe Brath and Kwame Brathwaite that began on 751 Kelly St. and advanced the entire genre of the Black Arts Movement that moved over the whole world. Beginning in 1962, AJASS produced a series of “Black Is Beautiful” natural hair fashion shows featuring the Grandassa Models, which set off a global movement. Initially Gumbs was part of a group that created an exchange of commerce to keep jazz acts and other musicians from leaving the Bronx and keep the revenue in Bronx communities, hosting acts at Club 845 on Prospect Avenue. Gumbs participated in the design of  the album covers of local acts like Pucho & His Latin Soul Brothers.

In 2021 Community Board 2 in the South Bronx voted to recognize the AJASS organization with a street co-naming, which currently awaits Councilmember Rafael Salamanca Jr.’s office. This year a documentary was produced on AJASS and won several best documentary awards, with Gumbs serving as the lead narrator for the award-winning film seen across the globe.

In addition to these recent accolades, Gumbs was a creative that was active in his community for years — serving on the board of directors for several nonprofits. He worked as a graphic artist, photographer, book publisher, painter,  author and editor. Gumbs was one of the handful of Black coin designers in the United States.

Gumbs designed a series of commemorative coins to honor notable African and African-American men and women: Sgt. Cornelious H. Charlton, Doris “Dorie” Miller, Mary McLeod Bethune, Harriet Tubman, Thelonious Monk, Nelson Mandela, The Black Panther Party and the Montford Point Marines. Two of his drawings of Thelonious Monk were featured in a New York City Art exhibit to honor the legendary jazz pianist and composer. His designs have been featured in museums throughout the U.S.

According to Naison, he was an expert on Morrisania, which he called “The Harlem of the Bronx.” Gumbs and Naison had a 20-year collaboration, which turned the Bronx African American History Project into one of the premier community based oral history projects in the nation. Gumbs helped organize more than 100 oral history interviews, participated in scores of community tours, and was responsible for land marking several streets and parks in the Morrisania neighborhood. Gumbs also appeared on numerous radio and television shows highlighting Black contributions to the Bronx, and helped create an exhibit at the Bronx County Historical Society with that as its theme.

Bob is survived by his wife Ida Gumbs, son Diallo Gumbs and niece Nzingha Gumbs. A funeral and wake will take place for him on Nov. 3 at Benta Funeral Home located at 630 St. Nicholas Ave., with services starting at 9:30 a.m.