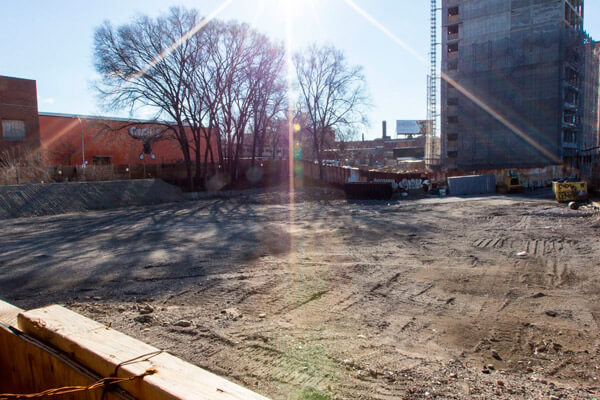 An ambitious three building project is slated for Mott Haven.

The filed plans include two affordable rental buildings located at 530 Exterior Street and 491 Gerard Avenue and a Hampton Inn at 110 E. 149th Street.

All units are low-income affordable housing, according to Monadnock Development.

The New York City Department of Buildings recently approved work permits for 530 Exterior Street and the start of construction will be announced shortly.

As of press time, the construction documents for both 491 Gerard Avenue and 110 E. 149th Street are under review by DOB and the developers are in the process of securing financing for the projects.

The third development, a 10-story Hampton Inn at 110 E. 149th Street will host 152 rooms distributed across 88,090 square feet of commercial space at the lot’s northern half.

The Hampton Inn will have retail space on the ground floor, topped by 19 rooms per story.

“Monadnock Development and Signature Urban Properties are excited to be working on low and mixed-income affordable housing in Mott Haven,” said George Tsiatis, Monadnock Development spokesman. “Affordability remains a priority for rentals throughout the city and we are proud to expand the market for the many hard-working New Yorkers in the south Bronx who qualify for affordable housing.”

Tsiatis added that Monadnock Development is grateful to the Mott Haven community for welcoming this project and to the support of the NYC Council; Borough President Ruben Diaz, Jr.; Council Speaker Melissa Mark-Viverito and New York City Housing Preservation and Development.

As of press time, Tsiatis said renderings for all three buildings were not yet finalized.

“We welcome these developments into our district and we are sure they will help in addressing housing issues,” said Cedric Loftin, Community Board 1 district manager.

He added CB 1 has met several times with Signature Urban Properties LLC to discuss the project and how it can help residents seeking affordable housing.

With the addition of 1,500 housing units and an influx of residents coming into CB 1 over the last five years, Loftin said the three building complex will help meet the needs of the ever-growing neighborhood.

CB 1 said they will collaborate with the Metropolitan Transit Authority and NYC Department of Transportation to ensure the project is properly served by mass transit.