The Fox and King announces season II to air in July “B-Sides” will host its second this summer.
Photos courtesy of TFAK

As concerts and live venues were cancelled this past year due to the pandemic, a local music management agency took matters into their own hands.

The Fox and King, Inc. (TFAK), located in Throggs Neck, recognized the struggles artists were facing and decided to take a deeper look into the Bronx’s untapped music community and its relations to the boroughs culture, culinary scene and rich history. 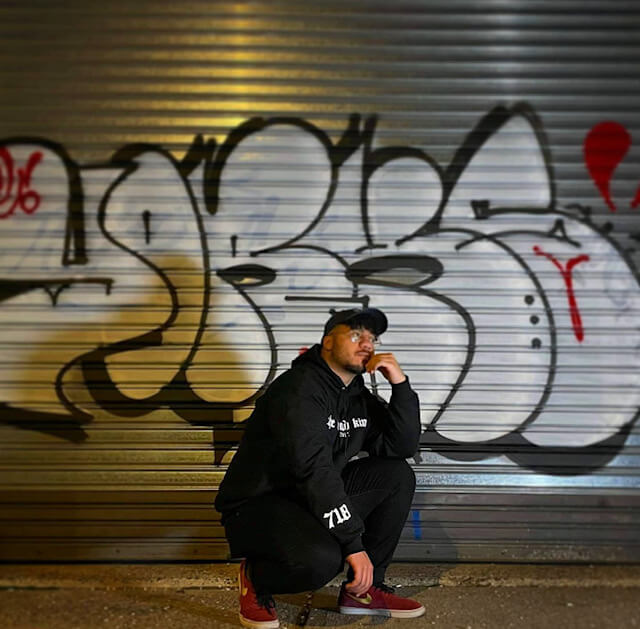 TFAK founders Chris Vasquez and Fernando Michael launched a docu-series, “B-Sides” in January and it concluded  in May. The finale featured Bronx-native emcee, and lyricist, Kevin “Advice” Toledo. They discussed hip-hop culture, his inspirations and featured, “Tacos El Bronco,” an emerging food truck stand in the Bronx famous for their tacos.

“B-Sides” was so successful they are already filming the second season.

“We’re showing what the culture is about in the Bronx,” Vasquez said. “We want people to understand what the people are really about.” The duo, who have been in the music industry for a decade, said when the pandemic arrived they adapted. In 2020 they launched Nite Sessions, where their artists performed on Instagram Live.

But they felt the need to do more. With no broadcasting or film background, Vasquez and Michael decided to give it the old college try and dive into the lives of musicians. Vasquez and Michael told the Bronx Times it will now be easier to conduct interviews as COVID-19 restrictions have been lifted and people are more open to meeting in person.

The first episode, which will air in July, will discuss how TFAK started and the other four will feature Danny Castro (CWO, Baychester Blues, Lord’s of the Sun), Josh Reguillo (RONX), Davey Goldsmith (Enziguri) and Richard Pigkaso.

“I’ve always felt that COVID really pushed us as entrepreneurs,” Michael said. “I see no reason now that COVID is on its way out that we should stop. It’s been quite a ride so far.”