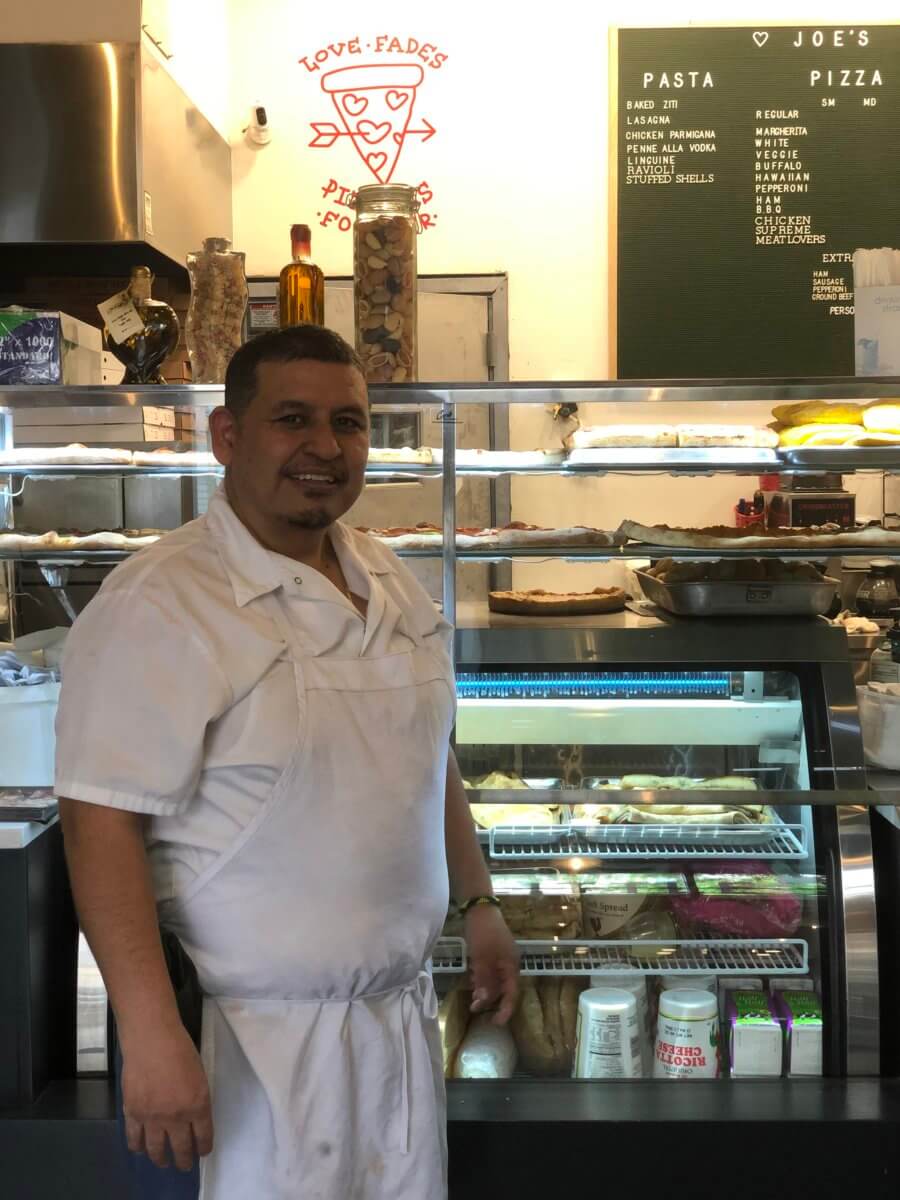 The desecration of businesses last week was not only on Fordham Road and Burnside Avenue, but in Little Italy as well.

Like many other small businesses during COVID-19, Joe’s Little Italy on East 187th St. has been working hard to stay afloat. However, after recently being looted last week, the Bronx community is rallying together to help the eatery “pick up the pizzas” with the hopes to help keep the business alive.

On June 1, everything changed when criminals smashed the glass and stole money from the pizzeria. Owner Chris Castelan, 50, lives above the store with his family and told the Bronx Times he heard the alarm at 1 a.m. and feared the worst.

“They destroyed everything,” he said. “I just can’t believe it. What’s most important is we are okay.”

A local graffiti artist Fernando Carlo is also creating a mural on his boarded up storefront to show him some more support and love from the neighborhood.

While Castelan has only been the owner for five months, he has worked on Arthur Avenue for 33 years. Fortunately, the looters did not damage his oven or fridges, so the next day after cleaning up, he had vendors bring food and drinks and was open for business.

“A lot of people came to me to and said do you need help,” Castelan said.

This is not the first hardship, he faced. Castelan first migrated from Mexico 40 years ago and started working for Joe’s Pizza in Belmont when he first came to America.

After learning the craft of the business, he invested his entire life savings and purchased the pizzeria from the original owners. The new opening was tough however, since construction was delayed over nine months, forcing him to take on odd jobs until the reopening.

He had to sell his home and eventually rented an apartment above the shop to stay close by. When the shop finally reopened in November 2019, Castelan opted not to install metal gates on the storefront, since he wanted his customers to feel welcome to an open and neighborhood store that he was proud to have created.

Shortly after reopening, Castelan encountered a variety of hurdles; starting from his former delivery driver who stole money saved in the store. The driver was later arrested but the money was already gone.

A month later, the store was broken into again. Then COVID-19 happened, when his main customers, Fordham students and teachers disappeared. Castelan kept making pizza for his neighbors nevertheless, until he got sick himself along with his wife and workers. So he had to close the shop for a few weeks.

However, even after seeing kids steal cash from his register and cause damage to his store, he holds no ill will. Today, he is out there serving pizza to Little Italy.

Castelan noted that going forward he is going to put metal gates on the windows to prevent future break-ins.