The settlement comes after a group of 12 families, who have lived in public housing anywhere between five and 50 years, sued NYCHA in federal court alleging illegal rent overcharges above 30% of income and eviction proceedings for unlawful amounts of rent. NYCHA also agreed to pay tenants close to $190,000 in damages, attorneys’ fees and rent overcharge claims. NYCHA has six months to implement changes to its system-wide operations concerning rent readjustments and eviction cases and is subject to monitoring by the federal court for three years.

The plaintiffs’ 2019 lawsuit charged NYCHA with a pattern and practice of violating federal housing law by failing to adjust tenants’ monthly rents after a reduction in their household income, despite multiple requests. On top of that, NYCHA put families at risk of homelessness by initiating eviction lawsuits based at least in part on illegal rent charges.

“Our clients made their stories public to push NYCHA to fix a long-broken rent reduction system, which will benefit more than 400,000 public housing residents,” said Luis Henriquez Carrero, director of litigation at Manhattan Legal Services. “Our organization is honored to represent them in this case.”

The plaintiffs further claimed that NYCHA set rents based on income that no longer existed, set wrong effective dates for adjusted rents, and failed to give them notice of rent determinations. Federal housing law, which caps rents in public housing at 30% of households’ income, requires NYCHA to reexamine tenants’ rents annually and on an interim basis following a request by tenants who have experienced income drops or changes in their household composition.

These changes could include employment layoffs, cutback in hours, family members moving out, increase in childcare costs, increase in unreimbursed medical costs, or other circumstances that decrease household income. Federal law requires public housing agencies to resolve interim rent reduction requests within a reasonable time, which NYCHA has systematically failed to do. NYCHA’s own policies add that tenants’ reduced rent should take effect the first of the month following the date the income change occurred.

The changes set forth in the settlement, which will benefit more than 400,000 NYCHA residents, include:

Among the seven plantiffs was David Bell, 64, who has lived in the Castle Hill Houses for seven years. He submitted a rent grievance in 2017 to contest an increase in his rent based on NYCHA incorrectly projecting his income for the year.

He never received a response to his grievance. In addition, in September 2019, Bell lost his job, requested a rent reduction and NYCHA delayed on resolving the request for months. As part of the settlement, NYCHA will credit him more than $6,000 in rent overcharges.

“I would hope that after this case, there will be a change in the way NYCHA handles rent disputes,” Bell said. “When I told my management office that I lost my job in September 2019, they didn’t change my rent and didn’t even give me a fair hearing. No one should have to wait weeks or months for their rent to be adjusted when they lose their income.” 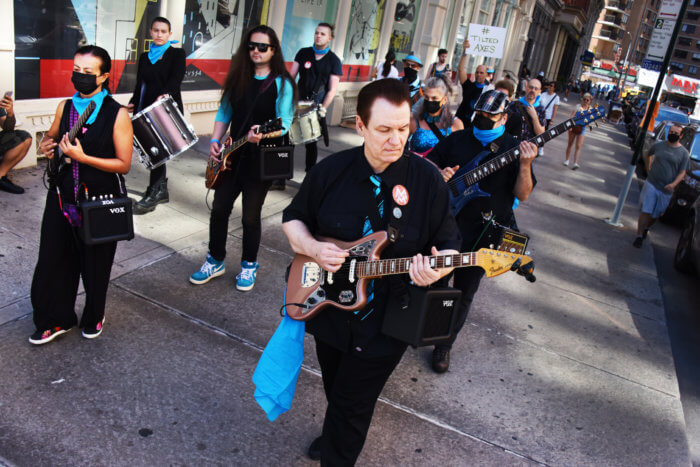