Milk Burger delivers its guilty pleasures to the Bronx Did you know the late well-respected food critic Anthony Bourdain’s guilty pleasure is right here in the Bronx?

His favorite comfort food comes from Milk Burger, one of the city’s very best burger joints.

The south Bronx burger bar at 148 Bruckner Boulevard originated in Spanish Harlem in 2011, moving to the Bronx two years ago.

So where does the name Milk Burger come from?

“Well, everything comes from the cow so that’s how we settled on Milk Burger for the name, there’s no milk in any food (item here) except the milkshakes,” said Erik Mayor, Milk Burger’s owner. Mayor hinted that an adolescent nickname of his also inspired his hit restaurant’s name too.

Milk Burger became an overnight success thanks to Bourdain, whom ordered delivery from there quite often.

“I never got to meet him but my delivery guy did a lot,” Mayor said. “It meant a lot that he didn’t know me but knew my food, that’s something special,” the esteemed owner added.

The menu’s signature item is a Milk Burger, a standard cheeseburger with a ‘special and secret,’ sauce.

Here’s a hint, it’s not made with milk.

Other hot commodities on the menu are various burgers like the jalapeno burger for spice lovers and the guacamole burger for those more held back.

The burger’s size is ideal, neither too big nor too small; rather just right for the potato roll that it snugly fits into.

Ordering a burger medium is optimal from Milk Burger.

The patty is just soft enough to sink your teeth into, while still maintaining good texture without any mush.

If you’re going to brave the spice of a jalapeno burger do be careful.

The burger’s kick is a delayed and very subtle.

It’s the kind that hits you in the back of your throat a second or two after finishing a bite.

This reporter didn’t even notice the burger’s blast until sweat began forming on his forehead.

Regardless of the heat, it was too damn good to put down. 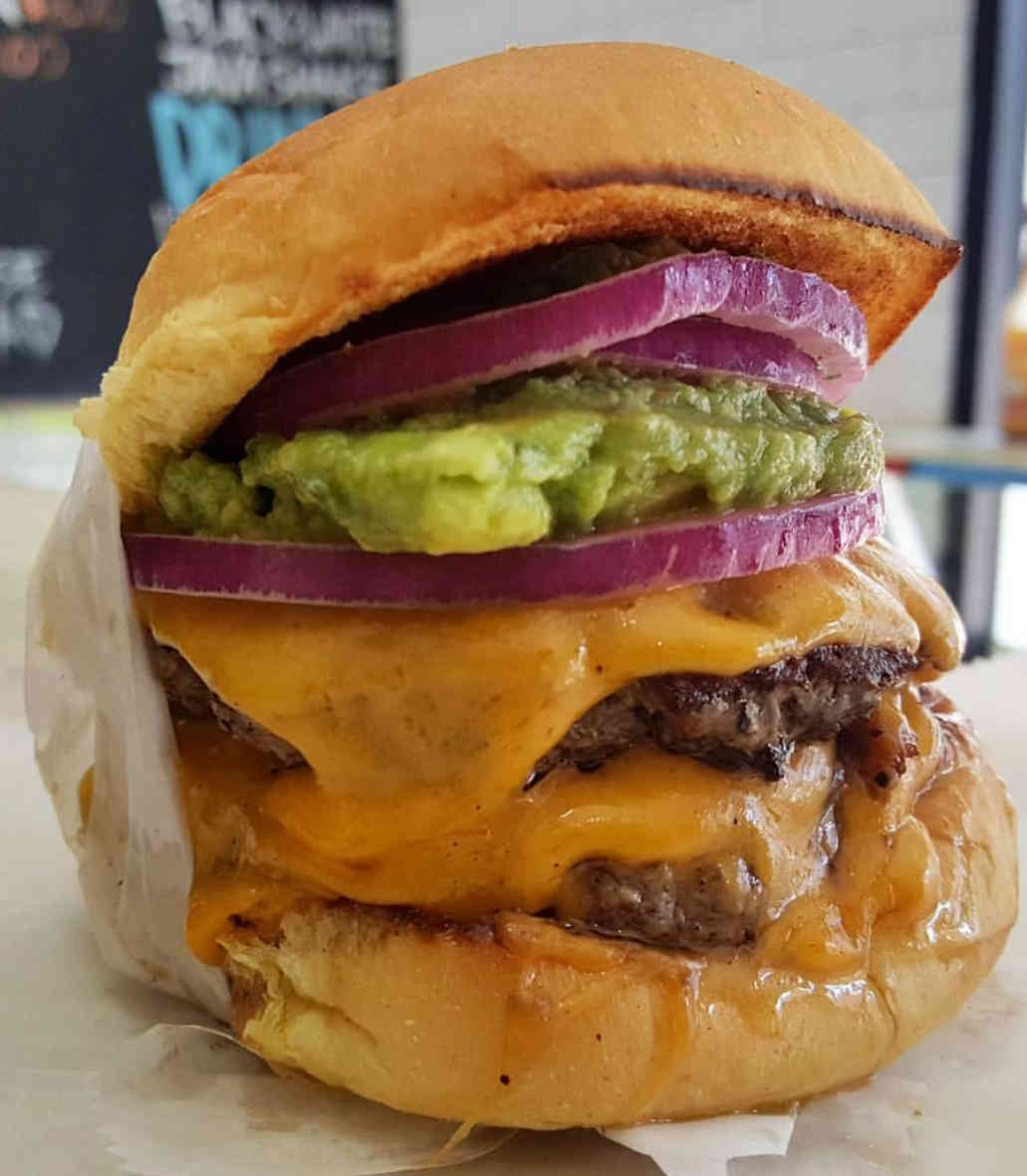