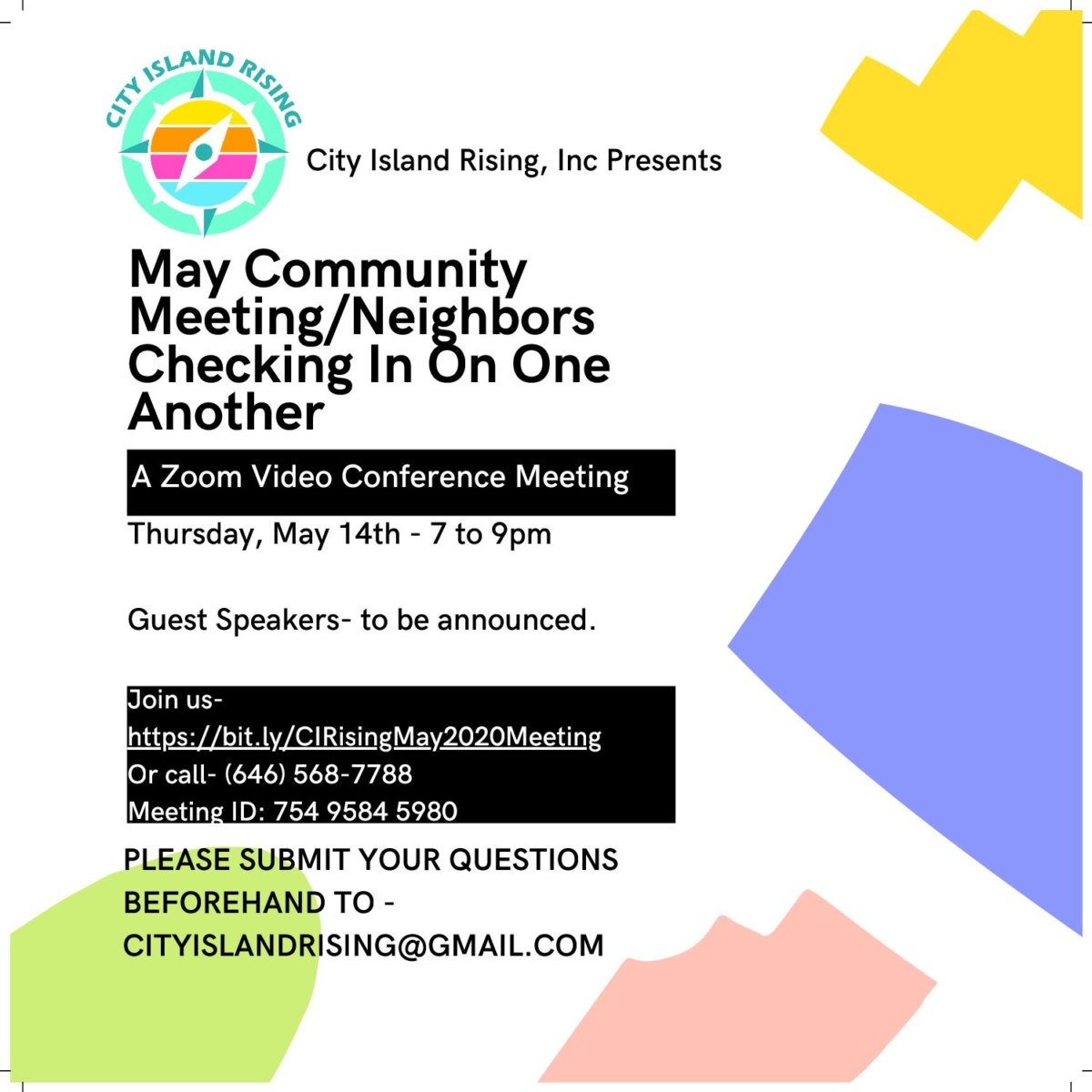 A flyer for its upcoming meeting.
Photoc ourtesy of City Island Rising

As of May 6, 114 residents in City Island have tested positive for COVID-19 and in total, 364 have been tested to date.

This means 31.4 percent of those who have been tested were positive, which is relatively low compared to data about surrounding areas. It has already been reported that the most tested zip code per capita is 10464, which includes City Island and Pelham Bay.

A silver lining to this pandemic has been neighbors in the area who have been supporting one another.

“I see it every time I’m out on the Avenue, from people supporting our small businesses to delivering meals to our seniors in Pilot Cove,” said City Island Rising President John Doyle. “We must continue to keep that sense of community alive in the weeks ahead.”

In an effort to bring the community together, there will be a virtual meeting May 14, from 7 p.m. to 9 p.m. It will be held via Zoom, at https://bit.ly/CIRisingMay2020Meeting. There is also a call in number on the flyer as well.

There will also be a virtual meeting about the budget and the climate crisis. On May 18, it is hosting a town hall called “COVID-19 and the Climate Crisis” with NY Renews, Senator Alessandra Biaggi and Assemblyman Michael Benedetto. The meeting will be from 7 p.m. to 8:30 p.m. and all those interested can RSVP here.

Additionally, after being passed over in the city’s masked distribution locations, the officials reached out to Mayor de Blasio’s office and there are now hundreds of face masks for the group to distribute on City Island.

Feel free to email City Island Rising at cityislandrising@gmail.com,by sending a message on its Facebook or Twitter platforms or calling 917-765-7968.