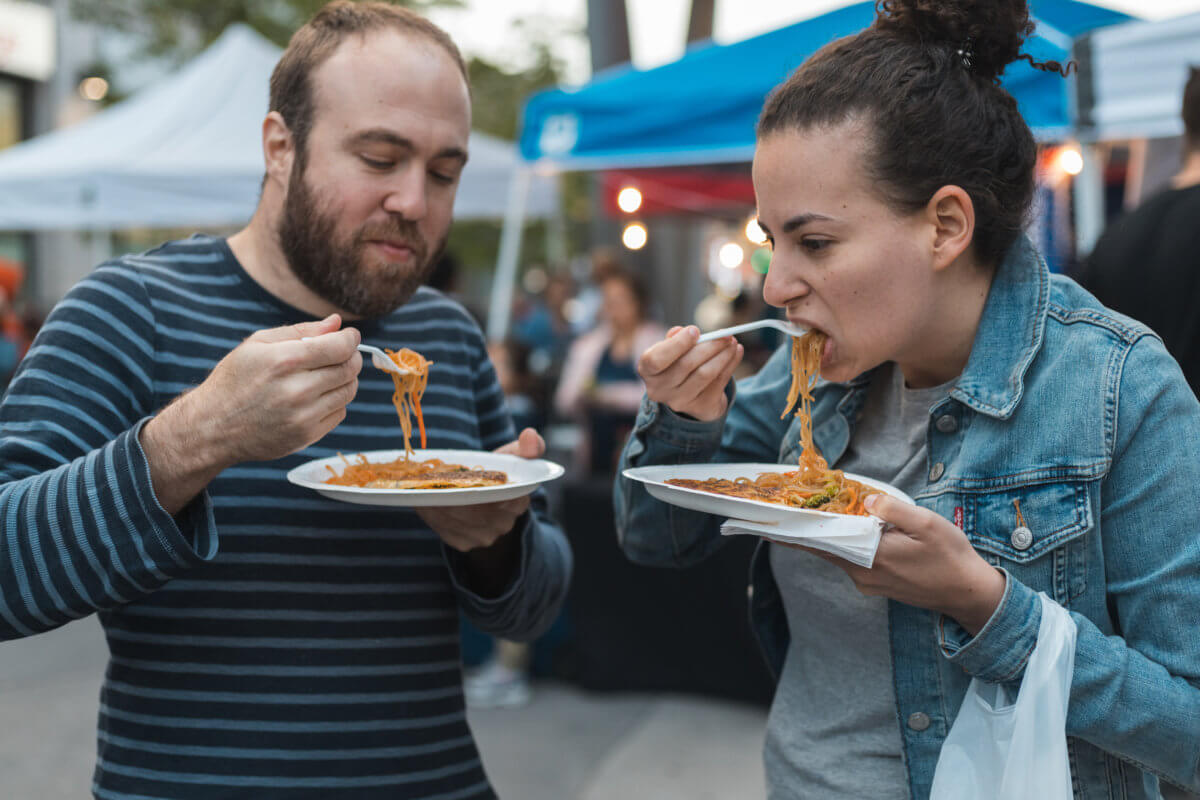 Courtesy of the Bronx Night Market

A foodie favorite of the Bronx is once again returning for an outdoor season in Fordham Plaza.

The Bronx Night Market will be cooking up a storm from Saturday, April 3 throughout Saturday, November 13 for 2021, the organization recently announced, again promoting its motto of supporting the borough’s cuisine and culture “by producing world-class, affordable, and fun events.”

Each week is to feature a near 20 vendors, some being well known icons Mozzarepas, Treat yourself Jerk, Tacos el Guero, CupcakeMe, PoP-Pins, and many more throughout the upcoming months.

The first running will feature women owned businesses making up 60 percent of vendors, the market announced.

“Minority- owned businesses are the core of the market and represent the values of The Bronx,” the organization released in a statement, adding “the Bronx Night Market’s mission is to enhance the global food-scene in the community and foster local entrepreneurship.”

In the spirit of that support, the Bronx Night Market will again be partnering with the Bronx Chamber of Commerce for the 2021 season.

“Together they are developing new initiatives to support and highlight brick and mortar businesses,” the market released in a statement.

“The team and I are humbled by the amazing community of The Bronx, supporting us throughout the last few years, making us a household name in the Bronx,” said creator Marco Shalma, adding “it makes us want to work harder and do better, not only by our Bronx family but also our micro-business community of merchants, especially as we come out of COVID-19.”

Similar to the market’s autumn 2020 running, this season will again require reservations for one-hour time frame through Facebook events as well as Eventbrite.

There will also be a “spacious layout for vendor queues and traffic flow” in addition to hand washing and sanitizing stations, limited seating, occupancy and a strict “must wear” mask policy.