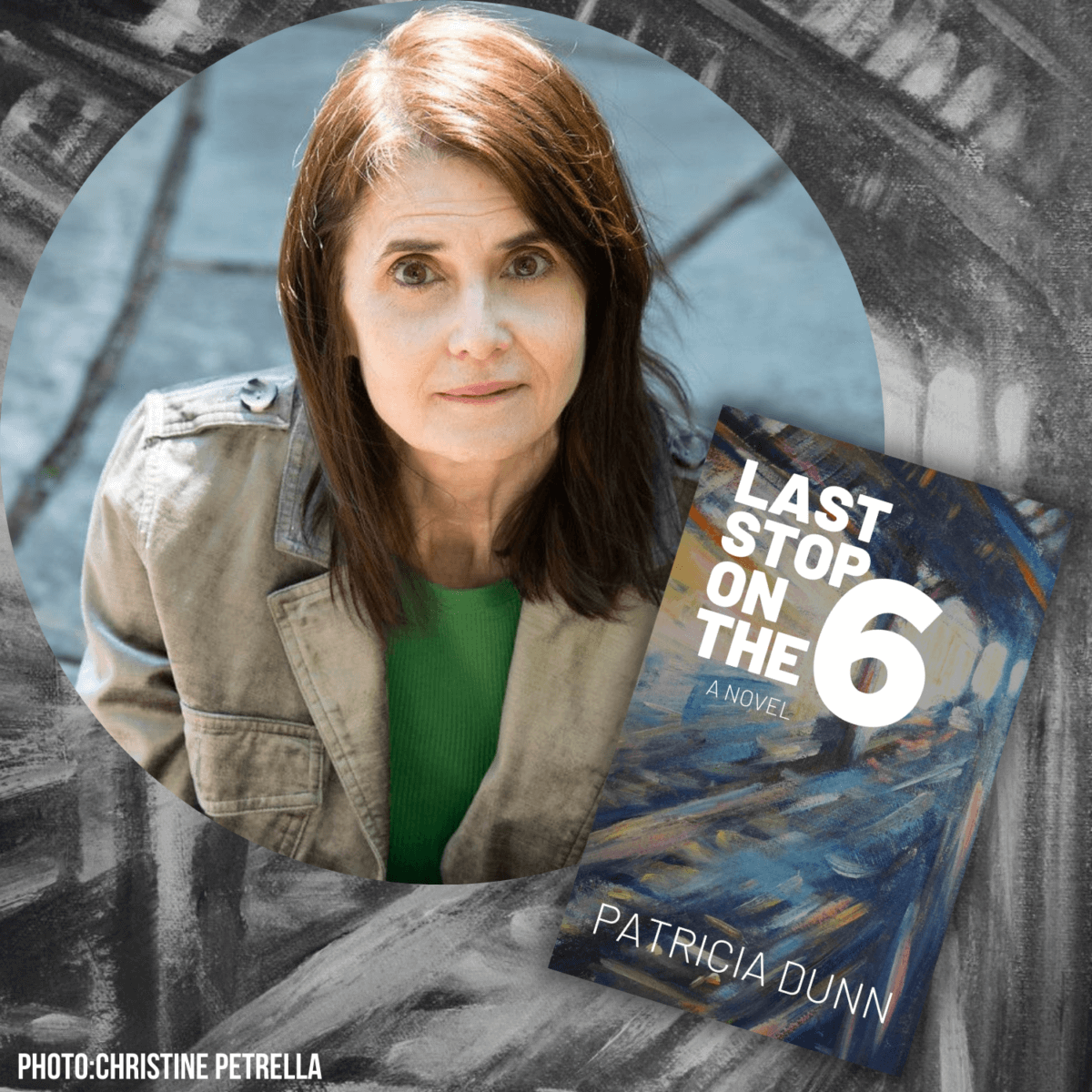 Twenty-five years ago Patricia Dunn began writing a book loosely based on her life growing up in Pelham Bay. In November, the adult novel was finally released to the public.

“Last Stop on the 6,” follows anti-war activist Angela Campanosi back home to her Italian American family in the Bronx to prepare for her brother Jimmy’s wedding. Now, 10 years later, she finds that the groom has disappeared, leaving behind only a cryptic note and his rotating collection of plastic patron saints on his nightstand.

Angela’s asthmatic mother insists on keeping Jimmy’s fiancée in the dark. Her father, three years sober, goes on a bender. Angela’s ex-boyfriend has taken over running the family exterminating business, and her stepfather just wants to feed everyone — even vegetarian Angela — some of his meat gravy.

Dunn, 57, spoke with the Bronx Times about the novel and the process she went through to write it.

“If you’re not going to tell your story who is?” she said. “Everybody can create and write. You just have to be able to sit down and do it.”

Dunn first fell in love with pen and paper as a child. Her teachers saw her talent for writing early on, as Dunn had a poem published in the P.S. 71 newsletter while in fifth grade.

She started the school newspaper at Lehman High School and attended Barnard College for two years before moving to Los Angeles where she became an activist and hippie.

With no money, she and a couple friends drove cross country to California in three days. In between getting arrested at protests where she flaunted her activism, Dunn also wrote for L.A. Weekly until 1986, when she decided to join her friend to build houses in Nicaragua.

This time she did not go without money. She went on the syndicated game show, “Headline Chasers,” hosted by Wink Martindale, which constructed puzzles about news and current events. She won $14,000.

“I was broke, my glasses had broken and I had to borrow my friends’ glasses so I could read the cue cards,” Dunn said.

However, a week before they were supposed to leave the country, her friend backed out of the trip leaving Dunn to go alone. So, as the Marxist Sandinista Junta of National Reconstruction Government in Nicaragua were fighting the U.S.-backed rebel group, Contras, Dunn spent a summer building homes in the country. As she saw reporters from TV stations covering the fighting, she felt compelled to to focus on her writing when back stateside.

After a summer as an expatriate, she returned to L.A. briefly, but soon returned home to New York and began studying at Sarah Lawrence College in Bronxville. While obtaining her master’s in Fine Arts, she started to write a book about a child in the ’70s that eventually grew into a book that took place in the ’90s. According to Dunn, she used her family as inspiration for the novel, but quickly understood it was way too close to a family story.

“I realized why it didn’t work,” Dunn said. “I was writing too much of the truth and to get to the real truth I had to fictionalize more.”

The 25-year process was an emotional journey she would not have been able to handle without her husband Alan and a group of friends who supported her. Dunn’s writing has appeared in The Village Voice, The Nation, LA Weekly and on the website Salon. She was also a senior director of the Writing Institute at Sarah Lawrence College and is co-founder of The Joe Papaleo Writers Workshop in Cetera, Italy.

“You don’t do it (write a book) alone,” Dunn said. “Books don’t happen by themselves. Stories really matter. This is about a working class family. You don’t get a lot of those stories out there.”