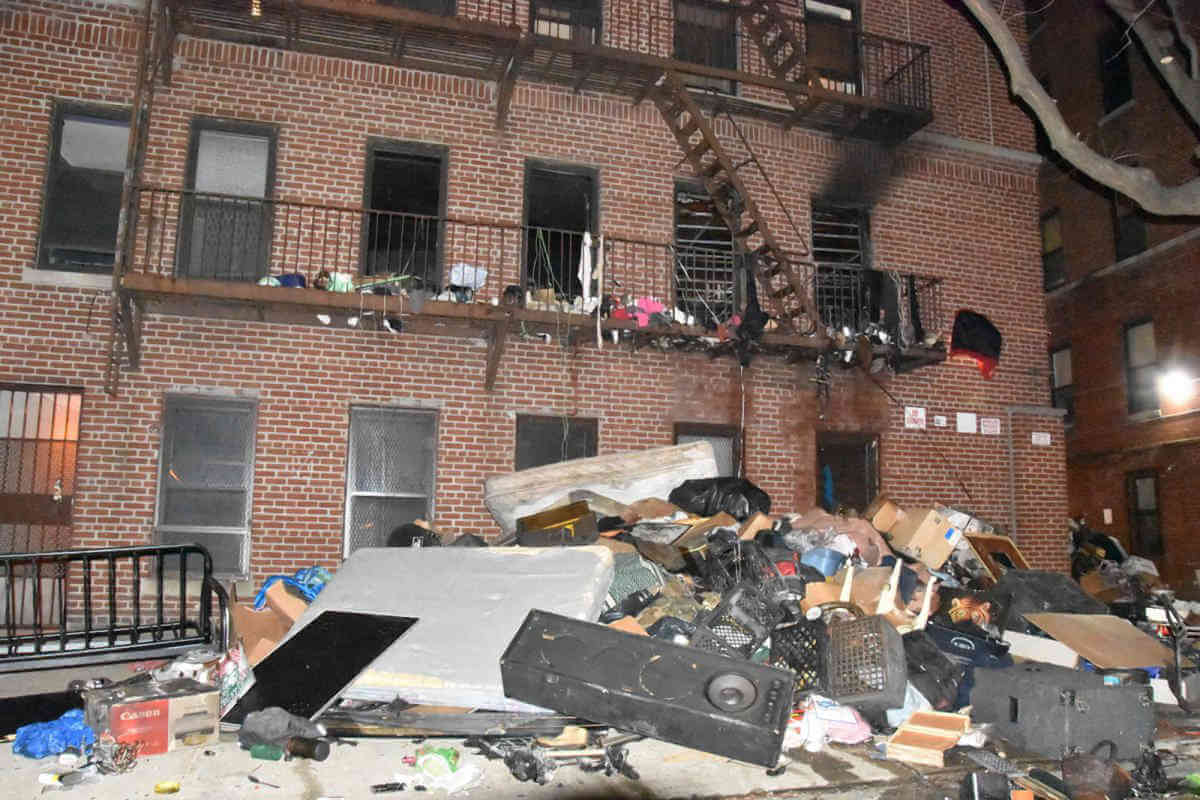 Tenants’ possessions laid strewn about the sidewalk in front of 2363 Southern Boulevard.
Photo by Edwin Soto

Firefighters responded to a fire that broke out on the second floor of 2363 Southern Boulevard on Thursday, December 27 around 5 p.m.

Eleven people, three of whom were firefighters, sustained injuries.

Fire marshals are still investigating the cause behind this fire.