Another in a long line of Bronx movie houses will soon go dark.

The closing of the large multi-screen Whitestone Multiplex Cinema in Throggs Neck after 30 years has some Bronxites nostalgic over the similar fate of other movie houses.

The Lightstone Group, a Manhattan-based real estate company, purchased the Cinema land in 2012 for $30 million, with plans for a Woodbury Commons-style outlet mall there.

All but one of the borough’s single-screen movie theaters have closed, except for the American Theater in Parkchester, now a multi-screen theater, said Bronx Borough Historian Lloyd Ultan.

Today, with the ability to carry movies on smartphones and tablet computers, and competition from streaming video services and television, movie theaters have hit a rough patch.

“Nowadays, you can not only see movies on television, but you also have Netflix, and you have applications where you can watch movies on your iPad and iPhone,” said Ultan. “You can carry the motion picture with you!”

But it wasn’t always this way. When silent films and later “talkies” first displaced vaudeville in the 1910s and 1920s, scores of neighborhood theaters served virtually every Bronx community that had a significant population, he said.

“In its heyday, roughly from the 1920s to the 1950s, the main source of entertainment was motion pictures,” he said. “It wasn’t until the late 1940s when Milton Berle got on television that more people shifted to television.”

In those years, Ultan said a movie would open downtown in Manhattan. After it closed, it would reopen on Fordham Road at the Loew’s Paradise and RKO Fordham. After a run of about a week, the movie would then make the rounds at the scores of smaller, community theaters.

In the east Bronx there were theaters such as the Interboro, which Ultan believes opened in the 1920s, and remained open until the mid-1990s. Many years before the theater was made a quadraplex, shortly after it opened, it was known as being a theater that was infested, said Ultan.

The Whitestone was not the first theater to be built as a multiplex, because it first opened as a drive-in theater, said Ultan.

The first multiplex was the AMC Bay Plaza Cinema 13 in Co-op City.

The Whitestone Drive-In opened in August 1949 said Rich Vitacco, president of East Bronx History Forum, who researched the history of the theater.

Films were also made in the Bronx going back to the silent era.

Thomas Edison’s film company had its studios at Oliver Place and Decatur Avenue from 1907 to 1918, said Vitacco.

There was also Biograph Studios that opened in 1912 on E. 175th Street and was still active, said Ultan, when part of “Love Story,” released in 1970, was apparently filmed there. 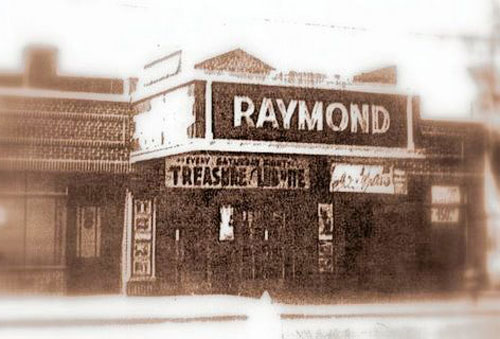