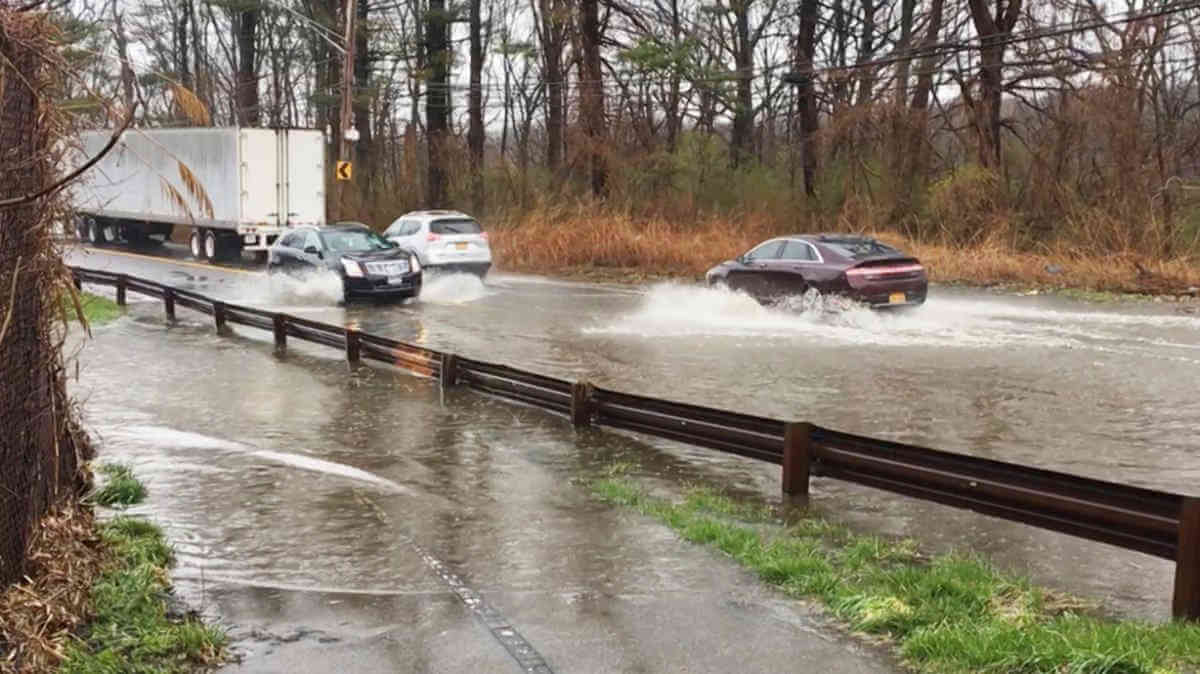 A planned traffic study has motorists traveling a desolate roadway hoping for a safer ride.

A $1.48 million topographical and traffic study of Shore Road commenced on Monday, August 13 to solve the roadway’s hazardous conditions.

NYC Department of Design and Construction has contracted the 70-year-old design firm NV5 to perform a Capital Project Scope Development to address flooding and other road conditions on Shore Road from Pelham Bay Circle up to the Bronx County line.

A CPSD assesses field conditions and recommends what steps should be taken to address them in a future capital project.

The study is anticipated to take 15 months, with an anticipated completion by November 2019.

“As the city consults with engineers to develop a solution for Shore Road’s roadway, I encourage them to also include the needs of the pedestrian walkway,” said Councilman Mark Gjonaj.

DDC stated that Shore Road suffers from occasional flooding especially in the area where it runs adjacent to tidal wetland areas at its two lowest elevations, bears signs of erosion along its shoulders, has a damaged guardrail and some leaning light poles.

A DDC spokesman confirmed the CPSD will include a detailed study of the road; determine the full extent of the conditions and propose potential solutions to address safety, flooding erosion, lighting, guardrails and adjacent landscape impacts.

“This is the best news my brother and I have gotten since we started documenting Shore Road because it means the city is taking these hazardous conditions seriously,” expressed James Breen.

Since 2016, City Island natives James and Tommy Breen have been pressuring the city to repair the long winding Pelham Bay Park roadway.

The road travels past Bartow-Pell Museum Mansion and Pelham Bay/Split Rock Golf Course as it winds north into Westchester County.

The documentarians have recorded running water and icy road conditions at the roadway north of the Bartow Pell’s entrance and the northernmost curve just south of the city line.

Their videos show motorists driving southbound on Shore Road veer into the northbound lane to avoid standing water, slush and ice accumulating in their lane.

According to Bennardo, he left work early due to the rainstorm and was traveling at the speed limit southbound on Shore Road in the pouring rain.

Bennardo, who uses Shore Road for his daily work commute, slowed down and attempted to traverse a two-foot deep puddle occupying both lanes north of the Bartow Pell Mansion’s entrance.

His 2005 Volvo S40’s engine seized stranding him in the standing water as northbound motorists sent water spraying onto his vehicle.

Bennardo said he waited eight hours for help as Shore Road has no cell service from the Westchester County line to the Pelham Bridge.

He still uses Shore Road, but never when it rains.

“It would be nice to enjoy Shore Road without having to worry about rain or ice,” he said.

The Breens said the northernmost curve is one of the road’s low-lying areas which needs to be raised once the capital project happens.

They, like Gjonaj, also suggested extending the pedestrian path a quarter-mile along Shore Road to connect the existing sidewalk at the Westchester border.

Many cyclists, runners and walkers utilize the southbound lane to avoid a .7 mile detour through the woods, but risk being struck by oncoming traffic.

“We’re going to continue keeping an eye on Shore Road and make sure that the city addresses all these issues,” said Tommy.