FILE PHOTO: A woman runs past the Charging Bull sculpture in the Financial District as streets remain less busy due to the continuing outbreak of the coronavirus disease (COVID-19) in the Manhattan borough of New York U.S., May 5, 2020. Picture taken May 5, 2020 at 6:42PM. (REUTERS/Lucas Jackson)

The report is among several recent readings that point to at least a stabilization in U.S. economic activity after it had been torpedoed by the COVID-19 pandemic and the social-distancing measures taken to contain its spread.

The U.S. economy fell into recession in February, and while the months ahead may continue to show sharp improvements from the worst levels in April and May, Fed officials expect the recovery overall to be long and uneven. 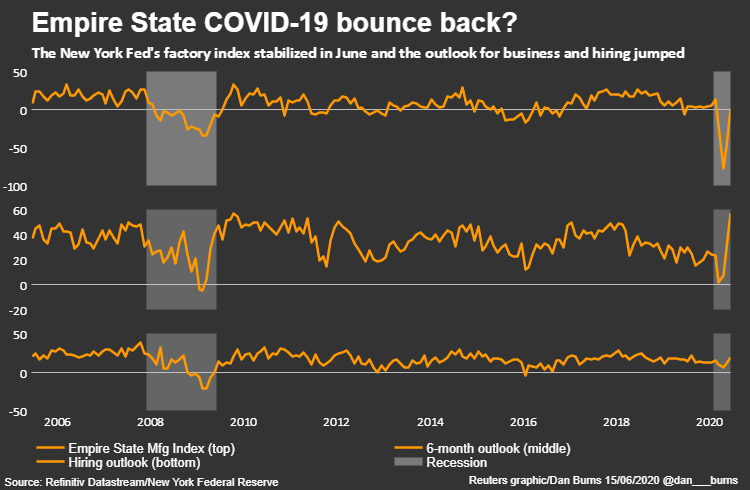 The New York Fed said 36% of respondents reported improved conditions in June, although an equal percentage reported poorer conditions. The new orders index rose 42 points to near zero, indicating the quantity of orders was unchanged from last month, while shipments increased slightly.