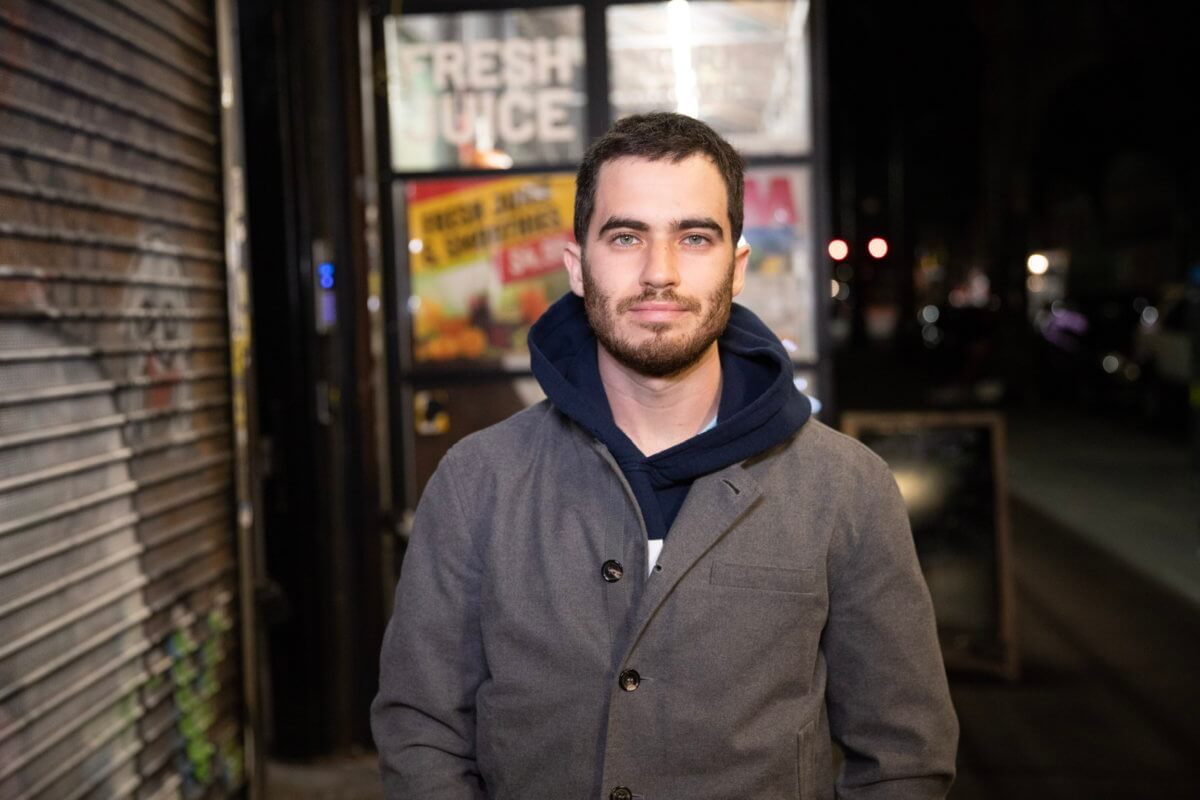 Known for his observational stand-up and deadpan humor, Bronx native Jake Velazquez loves making people laugh and as a Puerto Rican Jew with five sisters, his unique upbringing left him with plenty of funny stories to tell.

A relatively new career, Velazquez only recently launched what was once nothing more than a childhood passion.

In 2017, he took his first stab at an open mic and slowly made a name for himself in the comedy circuit. Since then, Velazquez has been featured in Time Out NY and performs regularly at clubs like The Eastville Comedy Club, The Comedy Shop and The Tiny Cupboard. In the past year, he also performed at the Tiny Cupboard Summer Comedy Festival in Brooklyn and The Rouge Island Comedy Festival in Rhode Island and recently qualified for the semifinals at the World Series of Comedy’s Laugh Boston, earning first place in the competition’s first round. He has also toured the U.S., with regular performances in Los Angeles, Denver, Chicago and Austin, Texas.

“So far, I’m really enjoying it and I think I made the right decision, but only time will tell,” Velazquez, 31, said to the Bronx Times.

Velazquez, of Brooklyn, grew up in Riverdale in an artistic family where his mom, Nina, was an artist and his father, Russell, has been working with “Sesame Workshop” since 2009, composing and arranging various songs for “Sesame Street,” “Play with Me Sesame” and “Sesame Street English.”

He lived in Riverdale until he was 20 and loved growing up there. Velazquez described the neighborhood as “blue collar” and although it’s part of NYC, it had a suburban feel to it. “I think Riverdale is a great place to grow up,” he said.

According to Velazquez, his parents first got him into comedy when they introduced him to the Marx Brothers, Abbott and Costello, The Three Stooges and Woody Allen at a young age.

As Velazquez got older, he saw how artists struggled to make a living, so he never thought about comedy as a career. He studied for a year at the University of Maryland, but soon decided college wasn’t for him either.

So, at 18, he switched gears and took a real estate job thinking it would be temporary. He got hired by a commission-based company, was an agent by 20 and for 13 years did quite well for himself.

“I do like the idea of real estate and owning property,” he said.

While he was learning more on the job than he felt he would in college, Velazquez described the industry as cutthroat and “dog eat dog.” Eventually, it became stressful with all the backstabbing and competitiveness, he said.

Because it was commission based, he had good days and bad ones.

However, everything changed in 2017 when — as the last place finisher in his fantasy football league — he was forced to perform an open mic night at a club. And so began his path to comedy.

He did open mic after open mic and soon felt at home on stage. “I was a little nervous, but I had the best time doing it,” he said.

He did shows for the past five years, but during the pandemic things really took off. In August 2020, he and his comedian-friend Shafi Hossain launched Penthouse Comedy, a socially distanced show on the roof of Hossain’s building in the Upper East Side in Manhattan.

“My expectation was just to do some standup when there really wasn’t much going on,” he said. “As the shows grew, our expectations got a little higher.”

Today, Velazquez does three shows a week at different venues in Manhattan and Brooklyn. While he officially ended his real estate career in the fall of 2021, he is still trying to figure out how to make a “good living” off of comedy.

His plan is to try comedy full time for a couple of years and see how it goes. He describes his humor as deadpan with a setup and punch, and often uses his five sisters, heritage and alma mater Fordham Prep as material for his shows.

“Being Jewish, Puerto Rican and going to a Catholic school can be a unique thing,” he said.

He said some of the best advice he got was to be good to his friends and treat people well because you never know where opportunities will come from.

“The biggest thing now is, I’m hoping to have comedians I look up to tell me my stuff is funny,” he said.