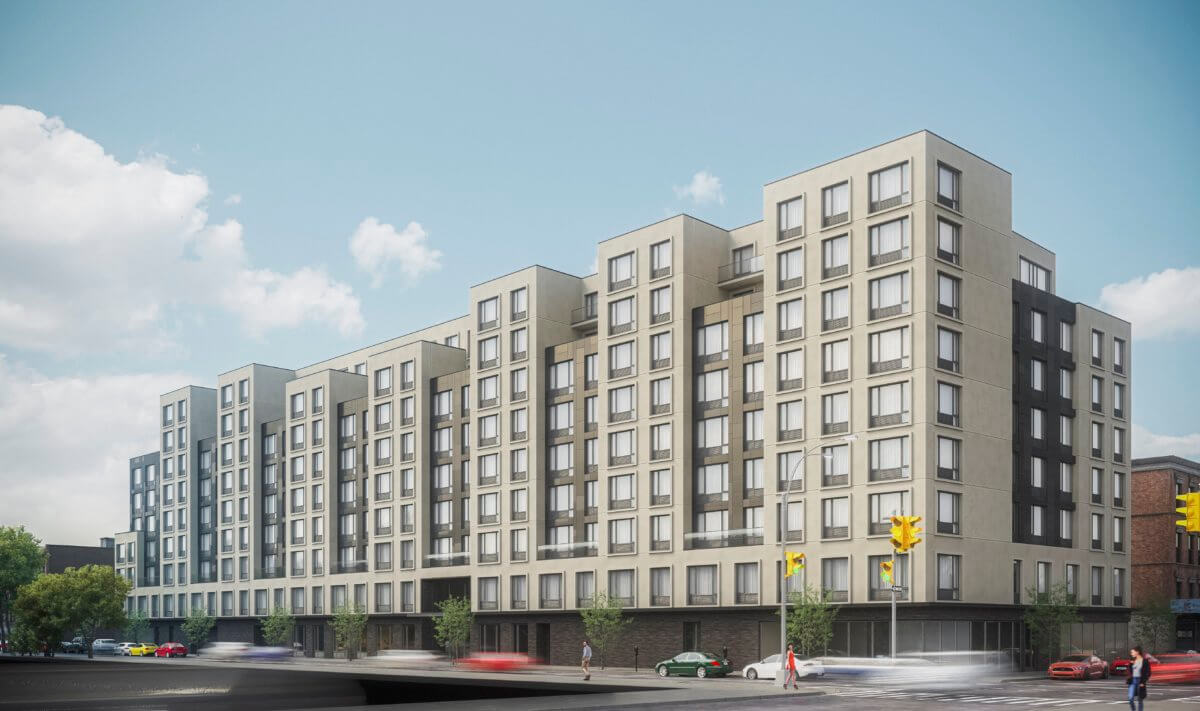 The architecht for an affordable housing project in the South Bronx revealed the first rendering and look at the architecture and exterior for 580 Gerard Ave.

Silverback Development along with Opportunity Zone equity purchased 580 Gerard Ave. in Concourse Village, and will construct an eight-story, multi-family rental complex comprised with retail and parking .

This is Silverback’s first investment into the Bronx.

The $90 million development, will be comprised of 200 units, with 30% of the units designated as affordable, ranging from one- to two-bedroom homes. Residences will feature modern design and premium finishes, as well as a robust amenity package which will include a sun deck, touchless elevators, fitness center, yoga room, grilling stations, screening room, party room and bike storage.

The location, 580 Gerard Ave., 0is ideally situated between the South Bronx waterfront and the express 2, 4 and 5 subway lines — near local attractions such as the Universal Hip Hop Museum and Food Bazaar (the borough’s largest grocery store) — all within a five-minute subway ride to Manhattan, 10 minutes to midtown. Demolition plans have been filed and construction is expected to soon begin.