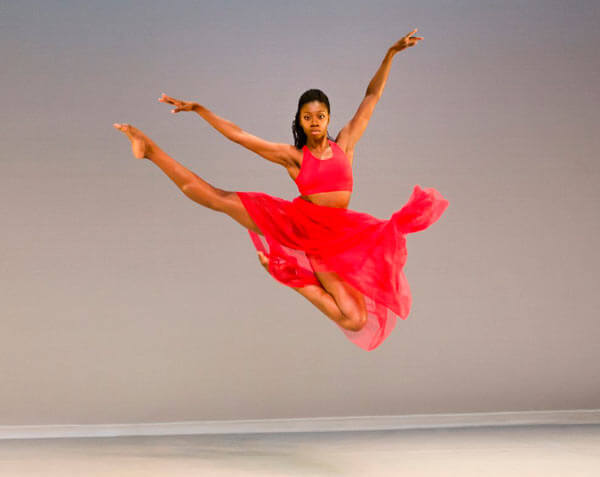 Some children like painting, others like running, but for Khalia Campbell, dancing was the talent she pursued.

Since she was two-years-old, Khalia has been dancing, an artistry her parents predicted she would embrace before she even took her first breathe.

“My father was a DJ and he used to put headphones around my mother’s stomach when she was pregnant with me,” said Campbell, who was born and raised and continues to live in the Bronx.

Her father unfortunately passed away when she was only one-year-old.

“My mother said I would hear the music and start moving and my father said one of the things I would become is a dancer.”

Her classical training started at age four with tap dancing at the Ruth Williams dance school in Harlem. At nine-years-old she moved on to the Uptown Dance Academy where she learned ballet, hip-hop, jazz, African, modern, and even acrobatics.

Now at age 24, Khalia’s gift can almost be seen as spiritually pre-ordained as her success in the dance world brought her to the Alvin Ailey theater and now to a Christian Dior commercial.

Khalia is in her final year with Ailey II, the Alvin Ailey company’s younger group of emerging modern choreographers and dance talent from all over the country.

Khalia and the Ailey II group has been on a world tour and returned earlier in March for their New York performances.

It was not just the opportunity to dance with Ailey to represent her family and herself that made this important, but the ability to bring her home borough to every big stage she would be on.

“My own story can be told in the way I move as an artist,” continued Campbell.

“When I perform, the way I move, the way I dress, even the way I talk, shows who I am and where I come from, the Bronx.”

Being part of Ailey II for the past two years has further enhanced her professional opportunities.

But even before she started at Ailey II, Khalia was cast as a dancer for Christian Dior’s commercial to premiere its Poison Girl fragrance.

When the casting manager watched her audition, they knew instantly she was the dancer they had been looking for, according to Campbell.

“Coming from the rich culture of the Bronx, I learned to be a versatile person and dancer,” Campbell explained. “They were looking for a dancehall-style performer and I knew I could do that and when I got it, it was like magic.”

Khalia said she got to perform in the commercial with one of her best friends, Martell, as her dance partner.

“It was an extremely fun experience and the first time I saw the commercial on TV, I screamed for my grandma, who I was living with, to come watch.”

Khalia said she will continue to pursue performing in more commercials once her tenure with Ailey II is officially over, among other opportunities.

To other young dancers from the Bronx, Campbell has offered this advice: “Patience is key in becoming an artist and you’re going to fail, but it’s not how you fall, it’s how you get back up.”

You can watch Khalia perform with Ailey II in its New York shows from March 14 to March 25.