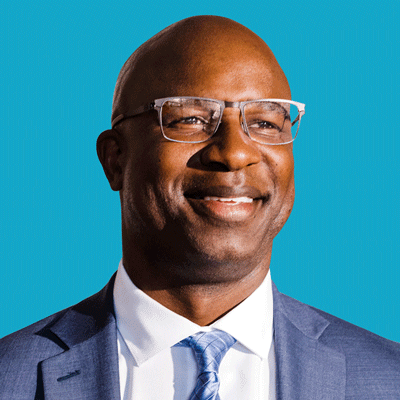 “I’m a Black man who was raised by a single mother in a housing project. That story doesn’t usually end in Congress. But today, that 11-year old boy who was beaten by police is about to be your next Representative,” he said through a release sent by his campaign this morning.

Bowman had personally declared victory in the democratic congressional primary on June 24, prior to a formal recount by the New York Board of Elections.

“The world has changed. Congress needs to change too. But if we can take on entrenched power and wealthy interests here in Westchester and the Bronx, then we can do it all across this country,” he said at the time.

That day he also went to Co-op City, thanking Bronx voters who had participated in his primary.

Bowman, a Bronx middle school principal living in Yonkers was endorsed by Congresswoman Alexandria Ocasio-Cortez, senators Elizabeth Warren and Bernie Sanders, Public Advocate Jumaane Williams, along with many other big name progressive politicians as well as The New York Times heading into the Democratic primary.

Bowman added in June that he “cannot wait to get to congress and cause problems for the people who have been maintaining a status quo that is literally killing out children,” mentioning that his team made over one million calls during the campaign — 1.3 million he precisely estimates.

As a former educator, Bowman stands for dismantling common core curriculum in schools, housing reform, the new green deal, medicare for all, justice reform along with other progressive ideologies.

Meanwhile Engel secured the endorsement of Hillary Clinton as well as Speaker Nancy Pelosi and Governor Andrew Cuomo along with many other establishment Democrats this year; he has also chaired the house’s foreign affairs committee in his most recent of sixteen congressional terms.

Last week, while trailing to an estimated 10,000 votes behind political newcomer Jamaal Bowman, incumbent congressman Eliot Engel has sued both New York City and Westchester County’s Board of Elections during a recount that could take weeks to resolve.

Now, he has a definitive, 13,000 vote hold over Engel, according to Bowman’s campaign.