If you were to pick up a book entitled ‘Knockout’ you’d probably expect the protagonist to be a struggling boxer who beat the odds and rose to stardom.

You probably wouldn’t prepare for the protagonist to be Fidel Castro.

It all started on October 20, 1995 after Pabon had heard that then-mayor Rudy Giuliani had disinvited Castro and former Palestinian leader Yasser Arafat from a dinner for heads of state in New York City.

Pabon said he recalls at the time the disenfranchised Arabic community in the city held a banquet for the disinvited Arafat.

For Pabon, Castro’s non-invite was more than a sign he was not welcome as a political leader.

It was also about Castro as a proud latino gentleman.

He also pointed out that Giuliani had invited leaders from Saudia Arabia and China who also had reputations of human rights abuses.

Pabon, who at the time was the vice president of the National Puerto Rican Business Council, responded to Giuliani’s decision with a press release.

Although the weekend ended with a dinner for the Cuban dictator, Pabon stresses the press release “wasn’t an invitation” to the Communist leader but only a response to Giuliani.

“It was basically something that wasn’t supposed to happen” said Pabon, a Puerto Rican native.

According to his recollection, the press release accused Giuliani of disrespecting Cubans and Latin-Americans as a whole by disinviting Castro from a dinner to which the United Nations had invited the Cuban president.

Pabon recalls the last paragraph reading, “If Mr. Castro wants, he doesn’t need to go to a dinner with the mayor, he can come to the borough which has the most Latinos in the city and eat with other Latinos.”

“I never would have dreamed that the press release would get to the hands of Mr. Castro,” said Pabon.

Pretty soon Pabon found himself hosting a dinner for one of the most controversial world leaders.

Pabon, who moved to the Bronx in 1956, spent theat fall weekend trying to coordinate the dinner, navigate the concerns of Castro’s security and respond to the more than 300 people requesting a seat at the event.

On October 23, 1995, Pabon’s hard work paid off with a dinner at Jimmy’s Bronx Cafe, with Castro as the honored guest.

Colleagues and friends were always asking him to recount the events surrounding Castro’s visit, so he finally decided to pen his story in 2013. The book went on sale Tuesday, October 18.

He decided to call it ‘Knockout: Fidel Castro Visits The South Bronx’ because one of the gifts Castro received at the dinner was a pair of boxing gloves.

Pabon said he “loved” the picture of Castro holding up the gloves.

Knockout can be purchased by visiting knockoutthebook.com or the Amazon website. 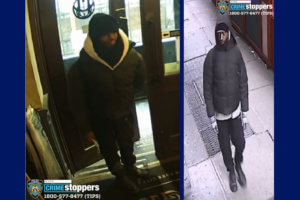