On the 20th anniversary of Chazz Palminteri’s “A Bronx Tale,” the Belmont native is taking his solo show where it all began.

For the first time, Palminteri will perform his one-man show in the borough, gracing Lehman Stage’s Lovinger Theater Oct. 17th at 7 pm for “A Bronx Tale.”

The semi-autographical memoir tells the story of a young Bronx boy befriending a local gangster.

The tale began as an off-Broadway show Palminteri penned in 1989, later adapted into the feature film directed and co-starring Robert DeNiro. The show was revived on Broadway in 2007, receiving critical acclaim.

“It has a message of wasted talent, fathers and sons, racism,” said Palminteri, chosen as this year’s Bronx Columbus Day grand marshal. “It has those hot-button issues that people can connect to. These are the themes that have been happening in mankind since mankind was here.”

Palminteri’s gone on the road with his one-man show for years, sharing a glimpse of his life growing up in working class, heavily Italian Belmont.

He’s still a regular there, dining at several restaurants and hitting the neighborhood shops.

He’s also a regular on the silver screen and television, appearing in shows “Blue Bloods” and “Modern Family.”

But despite the 855 solo performances of his play, Palminteri still has to remember his lines for his 856th show, morphing into a dozen characters in 90 minutes. It doesn’t take much for Palminteri to learn his lines, he said, just a couple of trips to the treadmill to jog his memory.

Palminteri, reminding locals he’s still indebted to a borough that catapulted him to stardom, will not accept a nickel for his peformance at Lehman, but rather give all proceeds to the Child Reach Foundation, his nonprofit with a two-fold goal — funding research for pediatric diseases and grants to law enforcement families that have children with special needs.

“We have raised over a million dollars for thalassemia and for officers with a special needs child,” said Palminteri, who chairs the foundation with wife Gianna and lifelong friend Phil Foglia.

“There’s such a great need out there, and we’re working really hard,” said Gianna.

Theatergoers can go to www.brownpapertickets.com for tickets to the Lehman show. Sponsorhips for the playbill are also available. 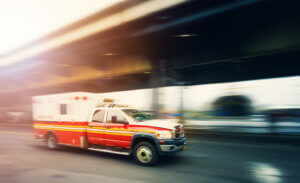